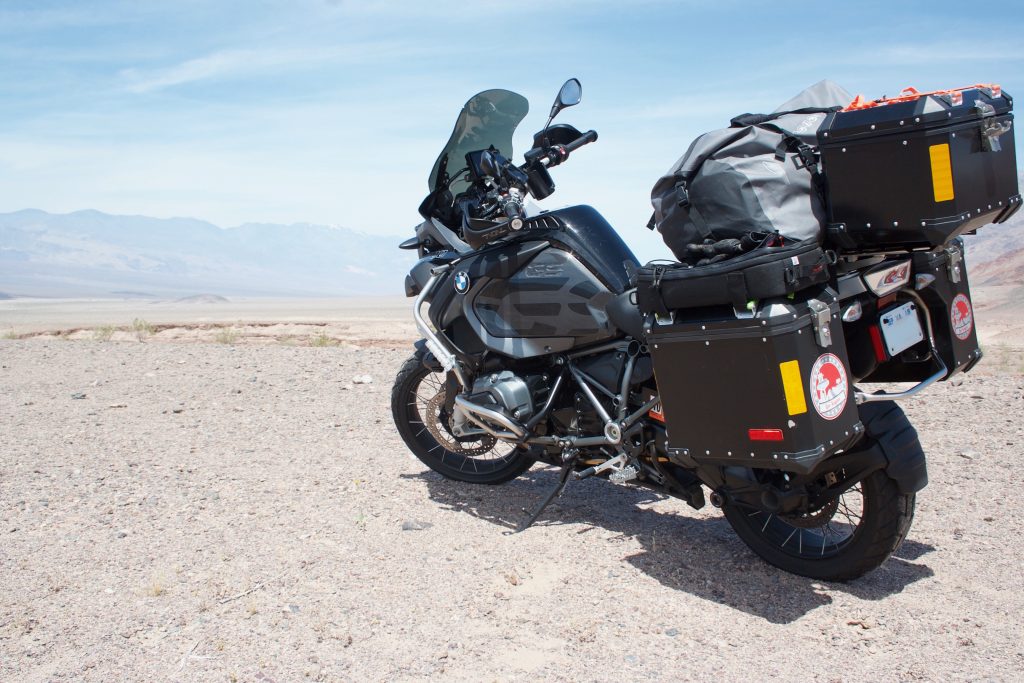 Drytac®‘s new metallic print media has been put to the test during an epic cross-country journey – and survived.

This March Jerry Hill, Vice President of Business Development at Drytac – a market-leading international manufacturer of self-adhesive materials for the large format print and signage markets – decided to travel from Drytac’s US HQ in Richmond, VA to the ISA International Sign Expo in Las Vegas not by plane, but by motorcycle. 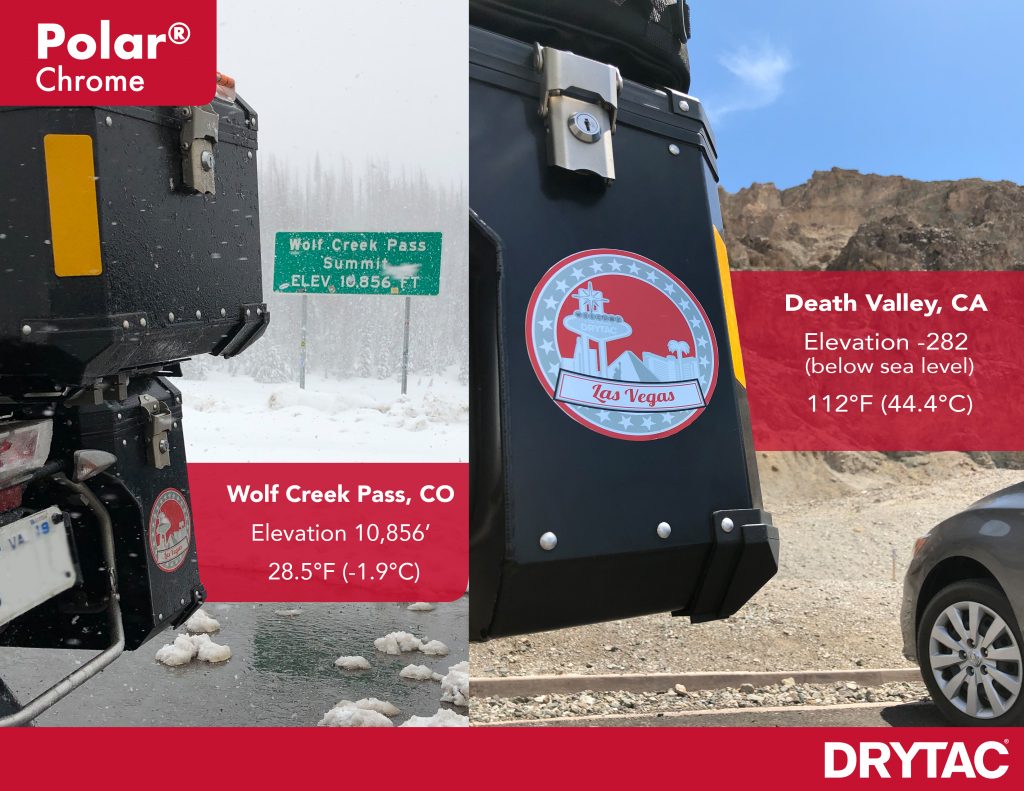 Jerry Hill explains: “A decal was specially designed for the occasion and applied to my black powder coated panniers. The decal would tag along for the ride.

“I never thought that I would have to endure the extremes of 112ºF (44ºC) of Death Valley and the snow, sleet, and hail of the southern Colorado mountains, with temperatures dropping to 28.5ºF (-2ºC).

“I ended up with a 5,600 mile journey of personal exuberance with the decal performing flawlessly, never budging, shrinking, or peeling – even a smidge.” 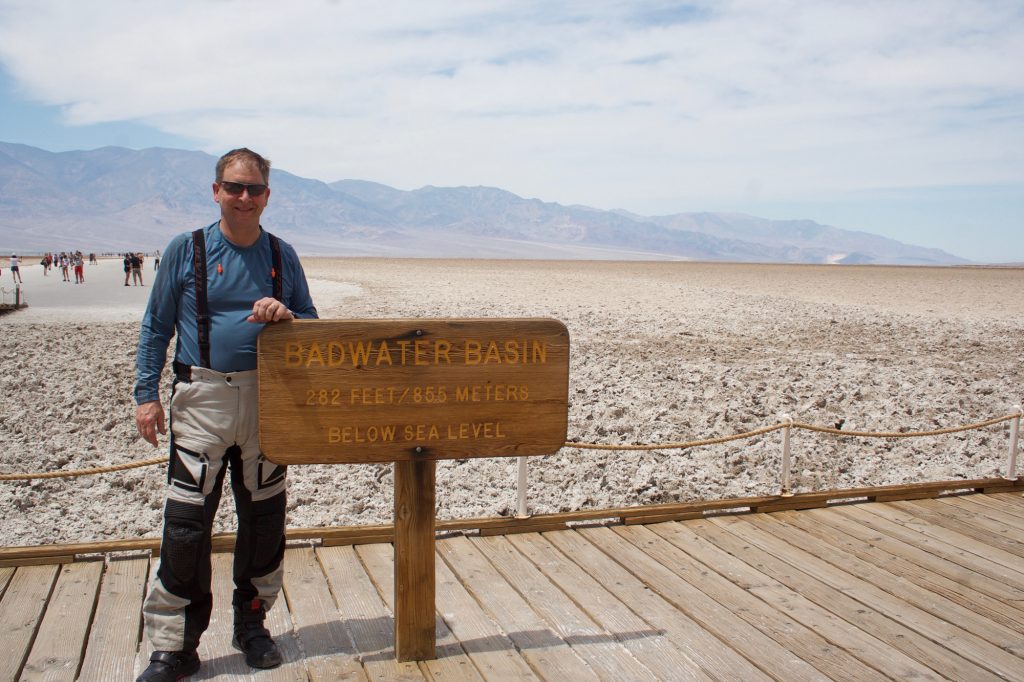 Jerry adds that Polar Chrome was not developed as a vehicle graphic media but his test more than prove its endurance for applications such as signage, award plaques, and POP displays.

“I now know that I can tell my customers, with confidence, that whatever graphic they build, that Polar Chrome will be at their side until the end of the journey,” he says.

Polar Chrome is a 75 micron (3 mil) reflective satin silver PET film, available in rolls up to 60″ wide and compatible with eco-solvent, solvent, latex and UV printing technology. For indoor applications, it offers durability of up to three years, and is easily and cleanly removed after use.