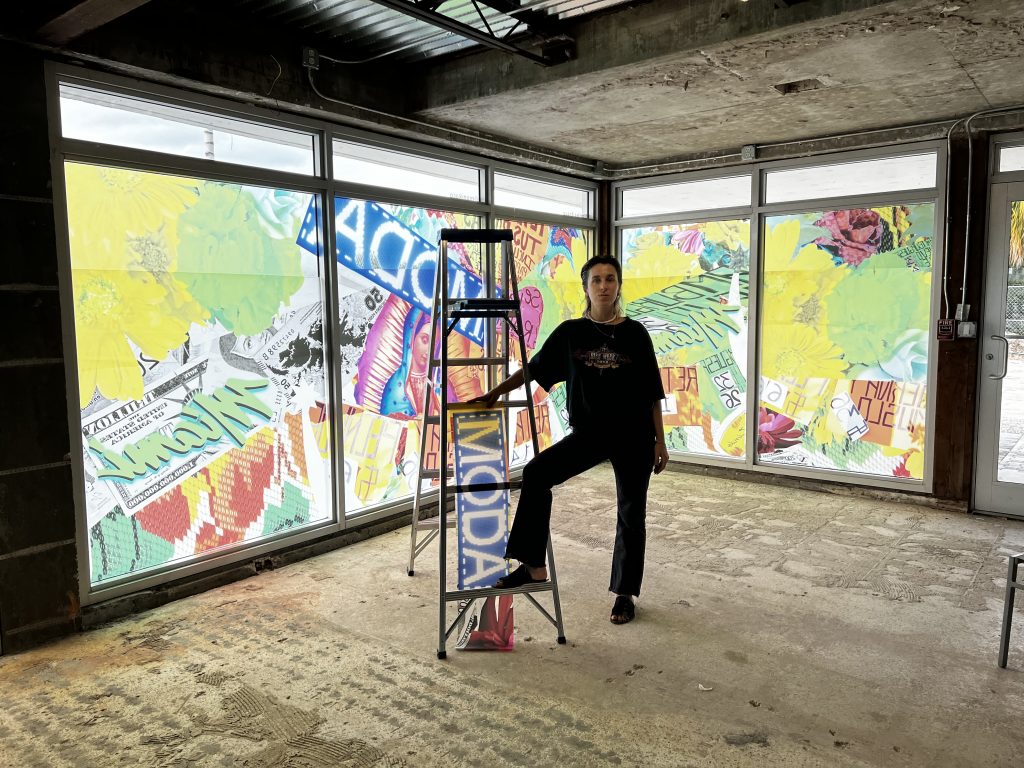 Produced for the ‘Constructing Identities’ MUSA exhibition in Miami, Florida, the window mural – which was installed in Spring 2022 was designed to recreate a Latinx visual universe, exploring gender identity, religious iconography and Latin American pop art. Latinx is gender-neutral term for people of Latin American cultural or ethnic identity in the US.

The project was the culmination of a three-year process, with research having been carried out in Argentina, Mexico and the Latin American community in New York. As merits such a project, Bergero and printing partner Mimaki USA sought a high-quality printable material that would do justice to the design.

Mimaki USA, a long-term user of Drytac materials, selected Drytac ViziPrint Impress Clear for the project. Ernest Contreras, Print Solution Supervisor at Mimaki USA, said the use of this film meant the piece was able to take advantage of lighting from both inside and outside the venue.

He explains: “During the day, it created a striking wall art piece with the outdoor light shining in, and during the evening, it transformed the area with a backlit effect from the indoor lighting.

“The ease of installation and removal of the graphics were very important aspects of the decision to use Drytac ViziPrint as the windows needed to be left clean after removal. Drytac has become a great partner for us as they offer such a wide variety of film solutions.”

The graphics were printed on a Mimaki UCJV300-160 UV LED roll-to-roll printer. Such was the impact of the installation that the project was awarded the SUNY PACC Prize and showcased at the Argentine Consulate in New York, as well as the Art and Design Gallery at the Fashion Institute of Technology.

Anabella Bergero adds: “The piece was a public art display that generated an intriguing conversation between the inside and outside of the building, visible to those indoor viewers and pedestrians circulating the area. The mural caught the public’s attention for its colours, composition, and digital print technology.”