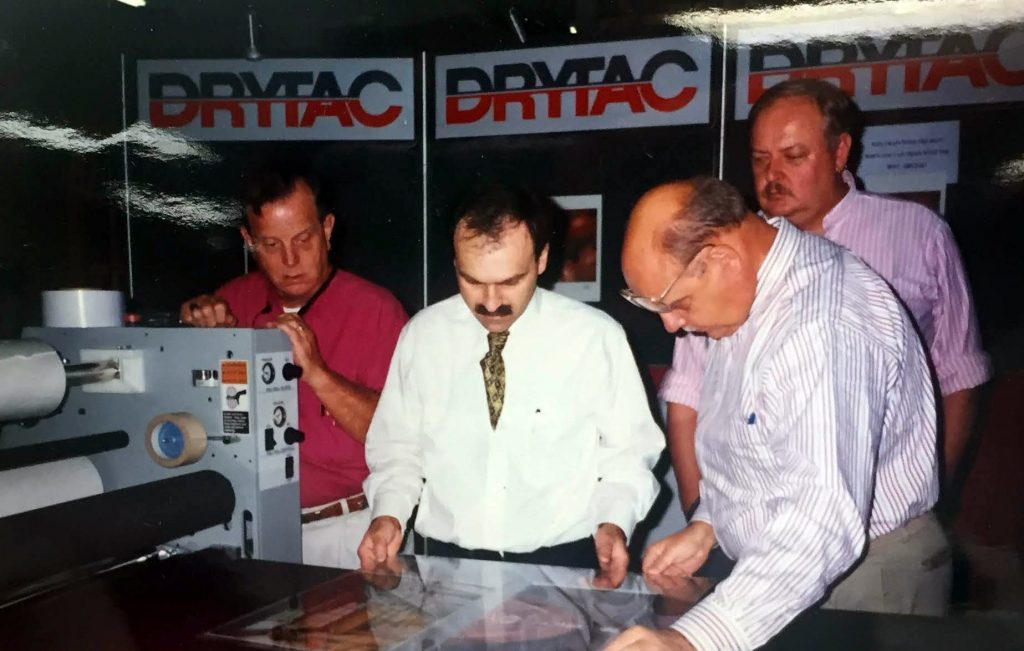 Luigi Cristicini has been working with Drytac customers across the world since joining the team in 1991, serving in a number of key roles during his time with the company.

Luigi Cristicini, one of the most popular members of the Drytac Canada team, has reached the impressive milestone of 30 years with the company.

Luigi joined Drytac back in 1991 having previously worked in the coffee industry, and soon made a name for himself in self-adhesives, overseeing Drytac’s operations in the Quebec and Maritime Provinces.

Having built a stellar reputation for the Drytac brand with photo labs, photographers and the picture frame industry in Canada, Luigi soon took on more responsibilities and was promoted to head the sales team from the Toronto head office in December 1993.

From here, Luigi’s fluency in Italian, French and English saw him travel internationally to promote the Drytac brand all around the world, taking on a host of major roles at the company in the process.

Now holding the role of Business Development Manager for Drytac Canada, Luigi has been an amazing resource for customers, suppliers and fellow Drytac employees, earning the respect of everyone in the industry.

“On behalf of everyone on the Drytac team, I personally want to thank Luigi for his contribution,” Drytac Group chairman Richard Kelley said. “I speak for many when I say it is a true honour to have worked alongside Luigi and I’m grateful for everything he has done for us.”